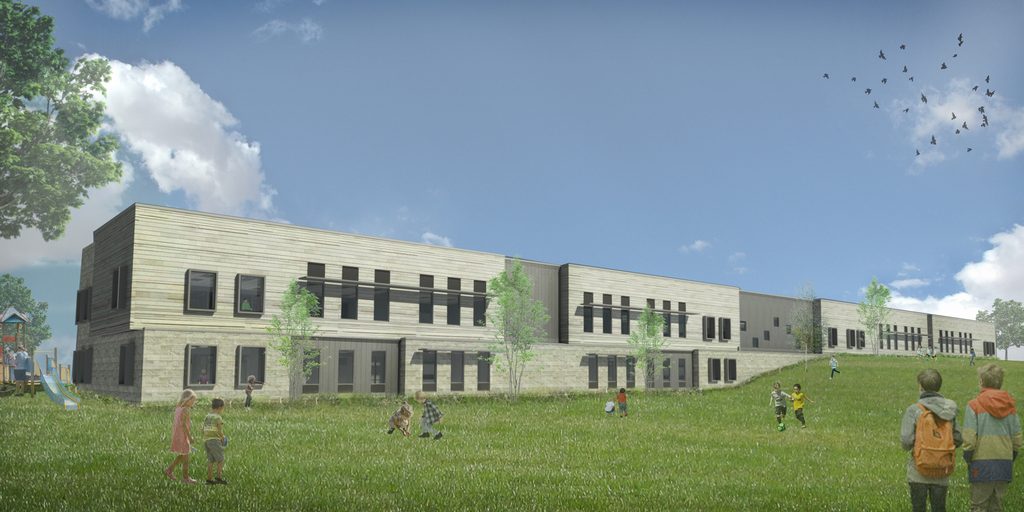 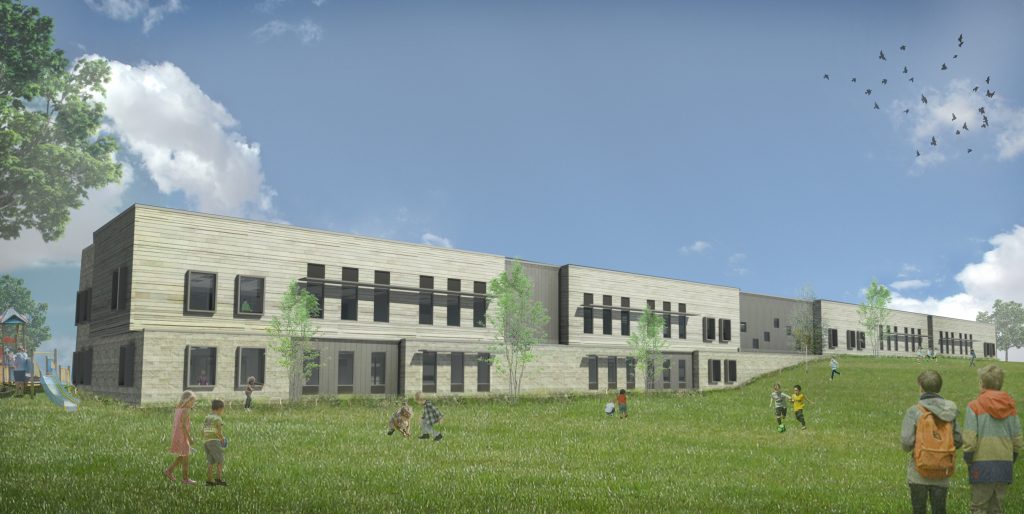 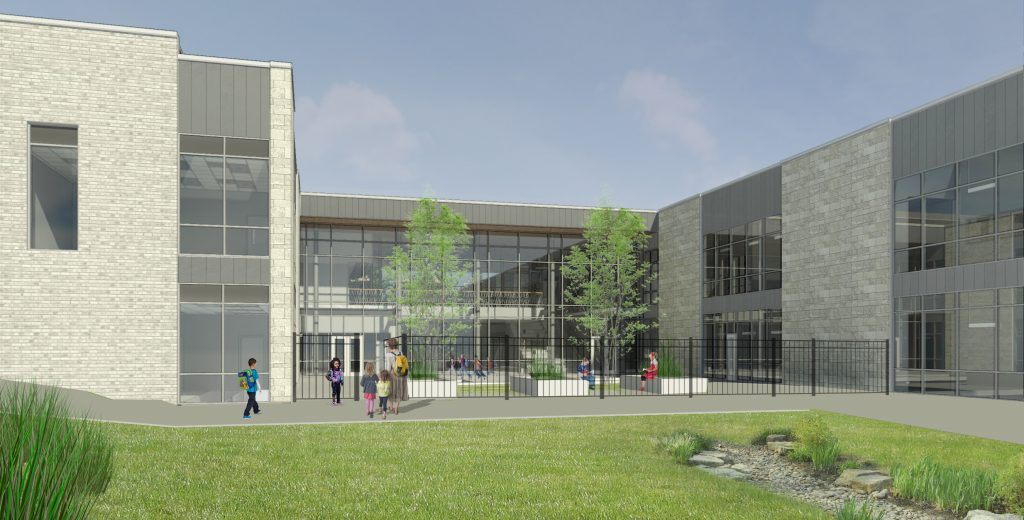 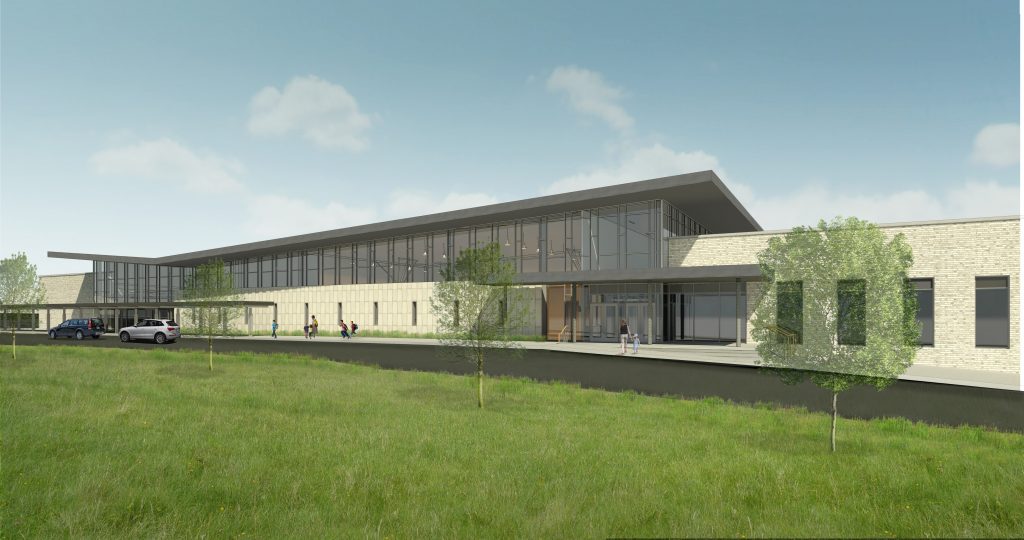 Like the homes in the surrounding community, the school’s design has a fresh, clean, and modern feel. According to the senior project manager, grades four and five will be on the first floor while all others will be located on the second floor with the library. Each grade will be assigned a color to make it easier for the students to find their way. For example, first graders could be in the blue hallway while fifth graders are in the green.

The building design gets its inspiration from San Marcos, the Texas Hill Country, and the river as it will use natural colors. The exterior will have metal panels, Texas limestone, and emperor cut brick. Texas limestone is a light-colored stone that’s between off-white and oat.

About TRACE in San Marcos

The community will also have a park on site with a private amenity center and resort-style pool and splash pad, covered pavilion and picnic areas with tables for get-togethers, and sports fields. In addition to TRACE Park, there will be multiple smaller parks located throughout the community. The first two, Tejas Park and Nacogdoches Park, are scheduled to open this summer.

A fire station will be located a couple of blocks from the school. When the TRACE community in San Marcos is complete, it will have over 1000 single-family and 850 multifamily homes. The first TRACE homes will be ready for move-in by March.

The community is 36 miles from Austin and 44 miles from San Antonio. Residents will love the country-like living while having two major cities close by. Two major outlet shopping centers are fewer than five miles away. Music lovers can enjoy music almost right in their backyard at the historic Cheatham Street Warehouse and The Marc with its high-tech stage.

Two award-winning San Marcos homebuilders are building the homes in TRACE that start from the $190s. For more information about TRACE in San Marcos, please explore our website where you can see the builders’ floorplans and other amenities or contact us.