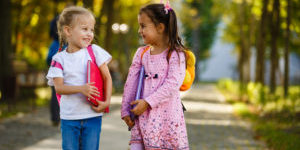 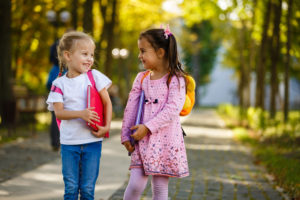 The long-awaited news is finally here! The new San Marcos CISD elementary school underway in TRACE has a name. The seven-person committee received 127 submissions. The applications had to describe the nominated person’s impact on the community and his or her achievements.

The committee selected three names out of the 18 remaining. Those names were Velia R. Cavazos, Carlos Rodriguez, and Solia Rodriguez—all of whom are related.

Initially, the board wanted to name it Solia Rodriguez Elementary School, but someone from the family suggested giving parts of the school different names to honor two people in the same family. After some discussion, the board voted 4-3 to shorten it to Rodriguez to represent the whole family.

The application that nominated Carlos Rodriguez said that he graduated from San Marcos High School in 1948. He was a veteran who taught at Texas State University and later became the director of bilingual education.

By the time he retired in 2001, he taught many of the students who became teachers at San Marcos CISD. He started the Bilingual Education Student Organization and sponsored the Texas Association for Bilingual Education for more than 30 years. The person who nominated him believes he was one of the first to bring bilingual education to San Marcos CISD.

Solia Rodriguez taught at San Marcos High School, where she eventually stepped into the role of its assistant principal. She also served as principal at Lamar School. The person who nominated her said that she supported, encouraged, and helped many grateful students get scholarships and student loans.

“Velia R. Cavazos embodied persistence in a world where civil rights were somewhat slow to come to places like San Marcos,” her champion wrote.

Construction on Rodriguez Elementary School is scheduled to be completed by the summer of 2019 and open for school in fall 2019. The project is part of a voter-approved 2017 bond program and it’s on track to come in under budget.

TRACE is honored to be home to the new San Marcos CISD Rodriguez Elementary School! Education is an important pillar of our lifestyle, and children living in our San Marcos community will be just steps from their new elementary school.

To learn more about our master-planned community in San Marcos, visit our website and contact us today for more information about our new homes and builders.