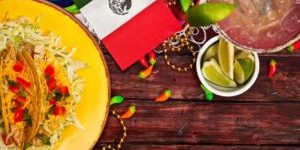 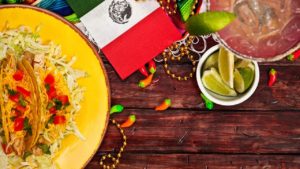 One of the best parts about living in San Marcos is the unique culture of our city. Cinco de Mayo in San Marcos isn’t your typical celebration since the city is home to a vibrant festival that has lasted for decades. Today in the TRACE blog, we’re showcasing the fun (and postponed) Viva! Cinco de Mayo and State Menudo Cook Off taking place on Saturday, June 9!

This free event takes place on the banks of the San Marcos River in downtown at San Marcos Plaza Park. Like with any wonderful festival, you can expect great music and food, carnival rides, a parade, and a state-wide cooking competition.

If you want to go to one of the biggest Cinco de Mayo celebrations in Texas, you won’t want to miss out on Viva! Cinco de Mayo in San Marcos.

One of the main draws of this Cinco de Mayo celebration is the Menudo Cook Off! Menudo experts from across the state venture to San Marcos to serve up their best versions of the beloved Mexican dish. Not only will the winner receive the prestigious title of “Best Menudo in the State of Texas,” but the top three bowls also receive awards and cash prizes.

Live entertainment in the festival’s 44th year includes Devin Banda, Stevie D De Repente, WYZER, and Vasquez Ultimate Sounds. Tejano music artist Devin Banda hails from Austin. At just four years old, she sang in her first Cinco de Mayo. At this performance, she had the thrilling opportunity to perform with her Tejano idol Ricardo Castillon. Devin won runner-up at Tejano Idol in 2012. And since then, she has been unstoppable, like her album of the same name.

Stevie D is a Texas native from Brownsville who served in the U.S. Navy. Before his honorable discharge from the military, he came home to start his vocal career. Over the years, he has played with various bands performing at a variety of quinceañeras and private events.

Stevie teamed up with Brando Mireles, formerly of Mazz. Together, they produced “Come Fue.” The album features Gilbert Velasquez, a 14-time Grammy Award Winner, who contributed his powerful guitar playing and mixing skills.

Viva! Cinco de Mayo in San Marcos is just one of the many events for families living in the live-work-play community at TRACE can enjoy. The San Marcos River and the historic, 100-plus-year-old Cheatham Street Warehouse are a short drive away from TRACE.