You are here:
Explore Texas 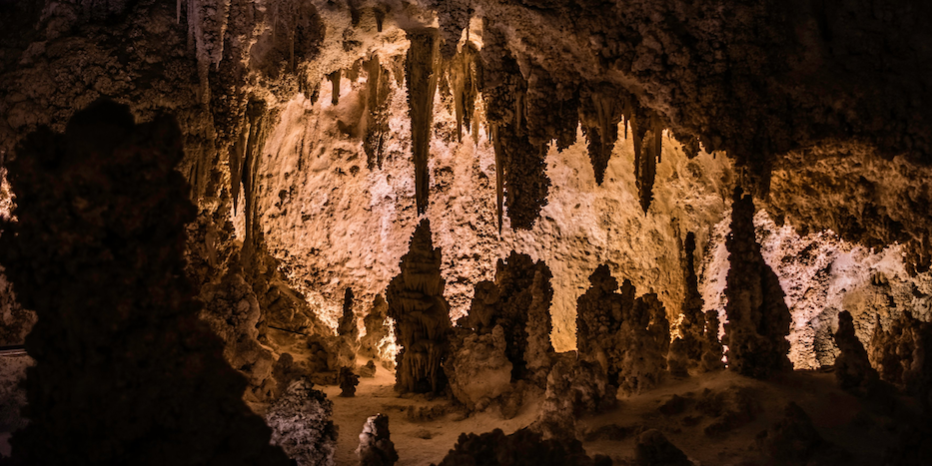 Wonder World Cave and Adventure Park (1000 Prospect St., San Marcos, TX 78666) has welcomed visitors for more than 100 years. It has the distinction of being the first show cave in Texas. In its early days, visitors paid 10 cents for a candle and a guided tour of the cave. At the time, the park had a medicine show and a tent with a South American anteater.

Over the years, the park changed ownership including one owner who bought the property for $50, a gray horse, and a saddle in 1916. This is when the name changed to Wonder Cave. A family has owned and operated the park since 1958.

The park has something for everyone with its many attractions and shopping. The first attraction is the cave as visitors tour the earthquake-formed Balcones Fault Line Cave. This cave is the nation’s only real earthquake cave open to the public that shows the result of the devastation left behind by an earthquake.

Visitors will exit the cave through the shaft known as “Stratavator.” You’ll travel 190 feet up where you’ll be able to view the geological strata formations. The stratavator travels up into the Observation Museum in the Sky where you’ll see incredible views of the dramatic shifting that resulted from the earthquake that formed the Balcones Fault Line Cave.

You can catch the train at Mystery Mountain that takes you to a waterfall where you can splash around to your heart’s content and finish the adventure at a petting zoo. The train station has deer feed and refreshments for humans for purchase prior to hopping on the train.

Explore a topsy-turvy world in the Anti-Gravity House where everything is backward including water that flows up. The park has added a new arcade room with the latest entertainment and classic games like Pac-Man and Skeeball. Another option that might be of interest is gem mining. Guests buy a bucket of sand and mine it to see what treasures it hides. A lot of these attractions can be part of a birthday party or group event package.

Every Sunday from 9 AM to 5 PM, Wonder World Cave hosts the San Marcos Flea Market. The event is free. You can browse art by local artists, listen to live music, buy from local businesses, and nosh on food.

The park has a few ticket options. The All-in-One Ticket gets you into all the attractions. The Cave Only Ticket is for those who want to explore the cave. And anyone who wants to ride the train and check out the petting zoo, there’s a Train Ride Only Ticket.

What are your favorites in San Marcos? Let us know on Twitter, Instagram, or Facebook. Want to live here? You can browse the inventory of new homes in TRACE San Marcos.