How San Marcos Would Benefit from an Austin Amazon Headquarters 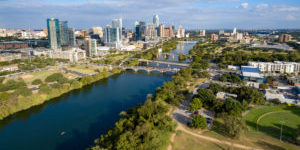 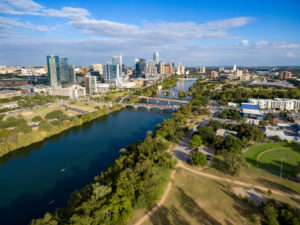 Did you know there’s a San Marcos Amazon facility? The 855,000-square-foot distribution warehouse facility is a robotics fulfillment center. Only 15 out of the 50 Amazon fulfillment centers have robotics and San Marcos is one of them. The robots bring moveable shelves to employees at ergonomic workstations where they get the items ready for delivery.

How Amazon Benefits the Region

The 15-year deal on the San Marcos Amazon facility is expected to pump an estimated $21.3 million into the city’s economy. Imagine what would happen if Amazon HQ2 lands in Austin and bring 50,000 jobs with it. Yes, it will benefit San Marcos even though it’s about 40 miles away from Austin.

The CEO of a San Antonio company told KSAT that he believes Austin Amazon Headquarters will build up the tech community in nearby cities. Entrepreneurs and investors already flock to Austin.

Add Amazon to the equation, and the whole area is likely to boom with tech talent. Furthermore, it could spur on the building of a transportation infrastructure between San Antonio and Austin.

The Washington Post thinks Austin has one of the best chances of landing Amazon. Austin is one of the top cities because it has a higher percentage of workers in high-paying, high-value industries. Supporting a large tech company requires more than programmers. It also needs architects, accountants, and managers.

The article identifies Austin as one of the best places for young firms to grow. Amazon HQ2 requires a place where digital services companies play a big role in the city’s economy. Austin is the No. 1 out of all the HQ2 candidates. Another factor that’s important to companies is the number of colleges and students in the region. Austin is tied for second.

Regional credit rating can impact a company’s geographic decision. No company wants to move to a region dealing with heavy debt payments. Heavy debt means the city may not be able to fund infrastructure improvement projects.

After reviewing all the factors, the Washington Post comes to the conclusion that Austin is the most viable for Amazon HQ2.

Moody’s “Where Amazon’s Next Headquarters Should Go” looks at five factors and assigns a number to each city and a weight on each factor to come up with the top 10 cities. Austin showed up No. 1. Its labor force is highly educated with more than 40 percent having completed college or graduate training. This exceeds the national average of 30 percent.

“Austin has a much lower cost of living than places such as Silicon Valley. Even though house prices have been rising and are high for Texas or the South, they are well below those in California or the Northeast. Anecdotally the quality of life is high, and many want to live in the ‘Silicon Hills.’ Further, being in Texas, Austin resides in a business-friendly state that seeks to attract and keep companies,” Moody’s said.

Whatever happens, San Antonio and Austin are already experiencing economic growth as more startups open shop in this region. Get a jump on the right home and community before Amazon makes its decision and has people moving to the Hill County.

When you make your home in TRACE, a San Marcos community, you’re only a 30- to 60-minute drive from major cities and their resources. And for everyday things, you’ll have everything you need right in TRACE.