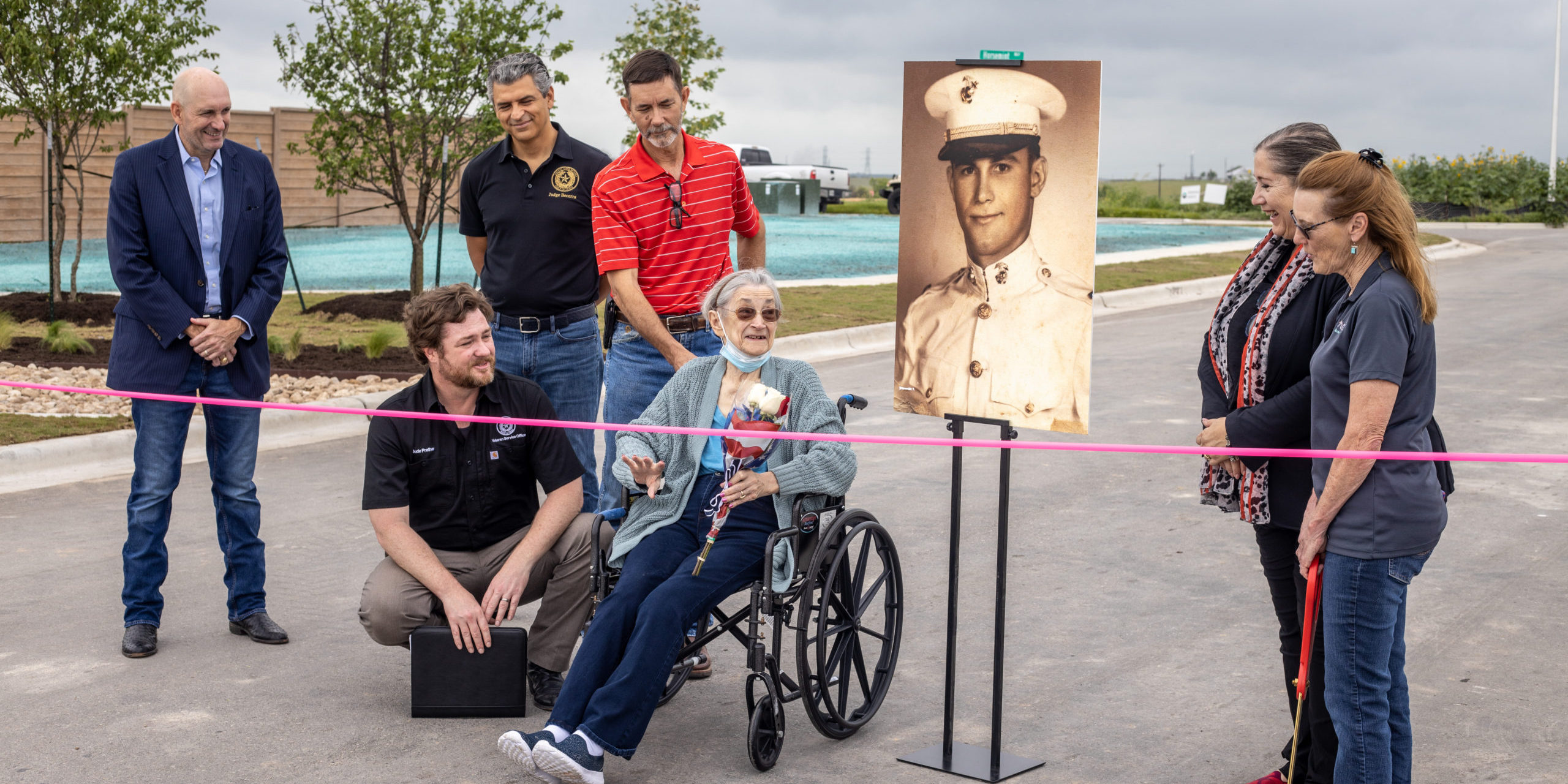 TRACE recently celebrated the dedication of a new road named after a fallen local service member and plans to name two additional roads after veterans in 2022.

Hays County officials and family members celebrated the dedication of Lt. John Decker Drive in TRACE on May 28. Lt. John Decker, son of Hays County Judge Charles Decker, was a Marine who died in the Battle of Peleliu in the Pacific theater during World War II. He was awarded the Silver Star for valor in combat.

Marylyn Decker, sister of Lt. John Decker, cut the ribbon during the ceremony.

The dedication in TRACE is part of a new Hays County initiative to name roads after fallen service members and peace officers. The initiative was inspired by an idea from Hays County Veteran Service Officer Jude Prather and Caren Williams-Murch, Vice President of Development of Highpointe Communities, TRACE’s developer.

Williams-Murch, the widow of a Marine Corps Veteran, met Prather, who was a city council member at the time, through their involvement in veteran service organizations.

“Jude and I were talking one day and I told him we were naming streets in TRACE. He asked if we could name some after veterans, and I said, ‘Absolutely,’” Williams-Murch said. “I asked him to send me names of veterans from Hays County and San Marcos. He sent me several names and the city approved them.”

Prather is now working with veteran service organizations and county staff to collect the names of local fallen veterans and peace officers for potential names of future roads. In TRACE, Williams-Murch said there will be dedication ceremonies for two new roads named after fallen service members in 2022.

“I think it’s important for us to not just wave a flag and say, ‘I support veterans,’ but to have a long-term legacy dedicated to what these veterans did for our country, and the fact that they were sons of Hays County and sons of San Marcos,” Williams-Murch said. “I think it’s important when someone lives on a street and it’s Lt. John Decker Drive, they understand why it was named that and the sacrifices he made. It should make them proud.”

The new veteran road dedications in TRACE are anticipated to take place in the spring and fall of 2022. Stay tuned to TRACE’s Facebook, Twitter and Instagram pages for additional details.